Moderators have the ability to create and manage student breakout rooms in their live Scout Classroom session(s).

When creating the breakout rooms, only viewers who have successfully joined the Scout Classroom session can be assigned to a meeting room; all those connected will appear in the users list of the interface. 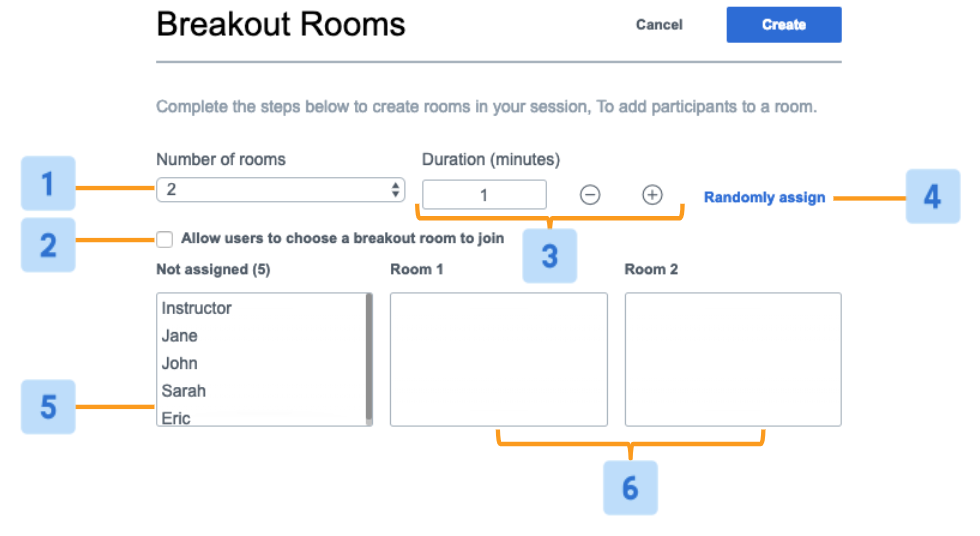 There are several ways the breakout rooms can be configured to achieve multiple discussion formats and sizes: 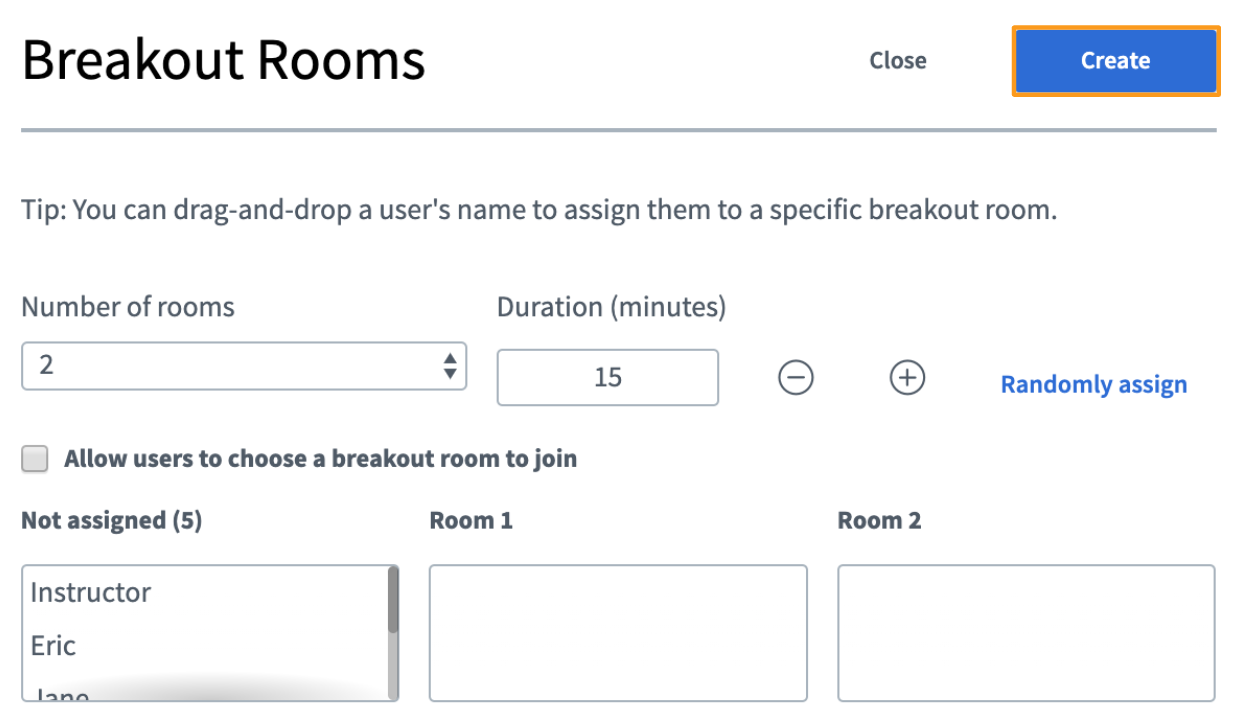 Once the breakout rooms have been configured, select Create to launch.

Viewers will receive a prompt to join the respective room they have been assigned to; all users assigned to join a room will be removed from the audio in the main meeting room and prompted to rejoin in their breakout room.

When breakout rooms are created and viewers have successfully joined, moderators can manage and join the rooms from the main BigBlueButton meeting through the Breakout Room Control panel. 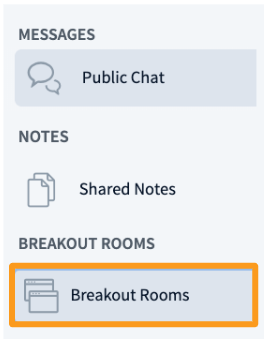 The moderator’s Breakout Room Control panel will appear under messages above the users list to the left of the BigBlueButton interface. Select to expand and view.

The breakout room control panel will list all active breakout rooms, Number and Names of Attendees in Each Room [1], as well as additional settings and moderator capabilities: 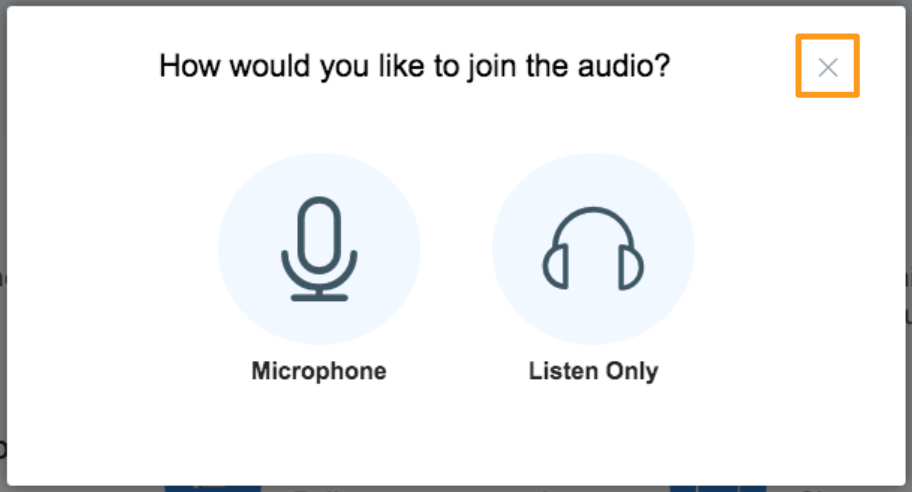 If you do not wish to join the audio in the breakout room, select the “X” in the audio chooser when prompted. 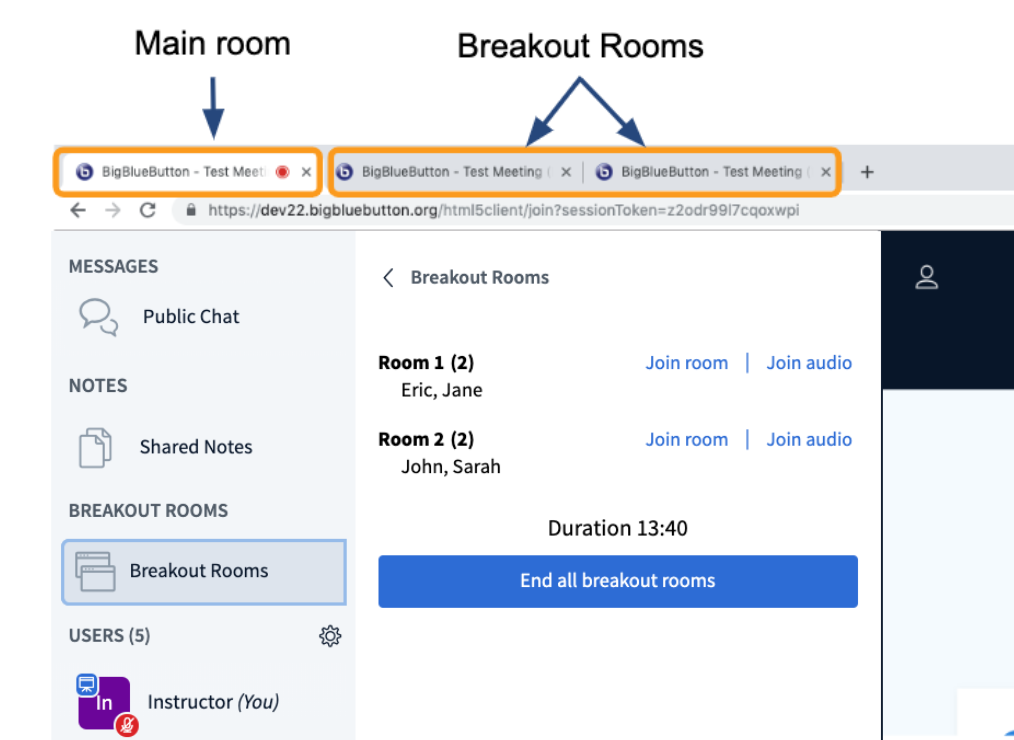 As the moderator you can open as many of the breakout rooms as you like via the join function. All additional breakout rooms tabs will appear at the top of the browser window. 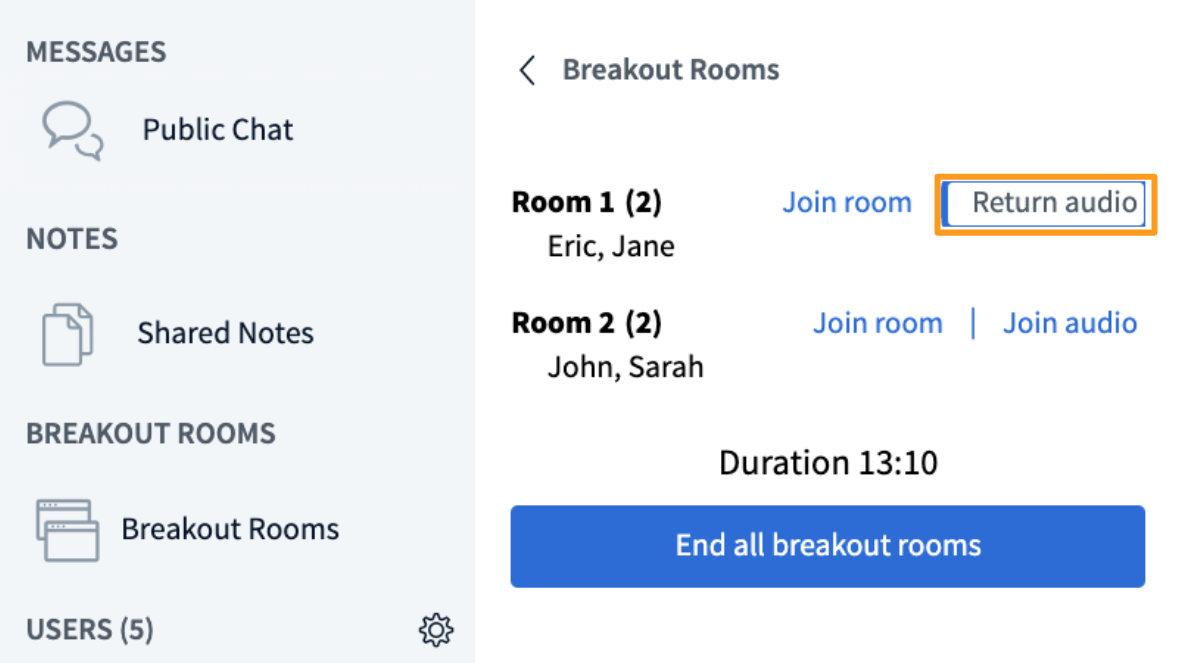 Select return audio to return to the main room.